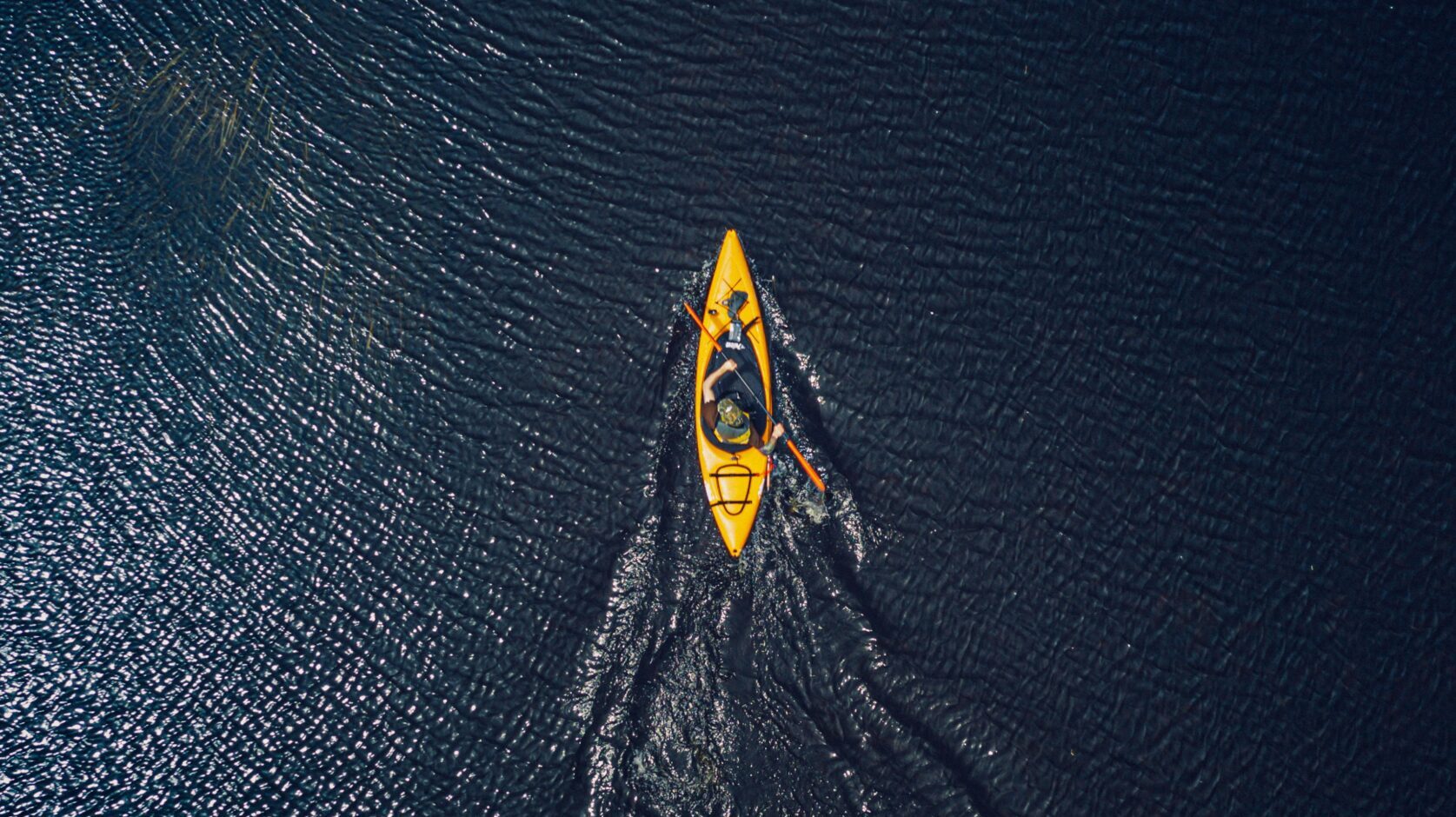 The Kayak has 1000s of years of history starting with the Eskimos in arctic regions and has evolved and survived until today.

In modern times, you’ll most likely see kayaks being used for either sport or leisure. 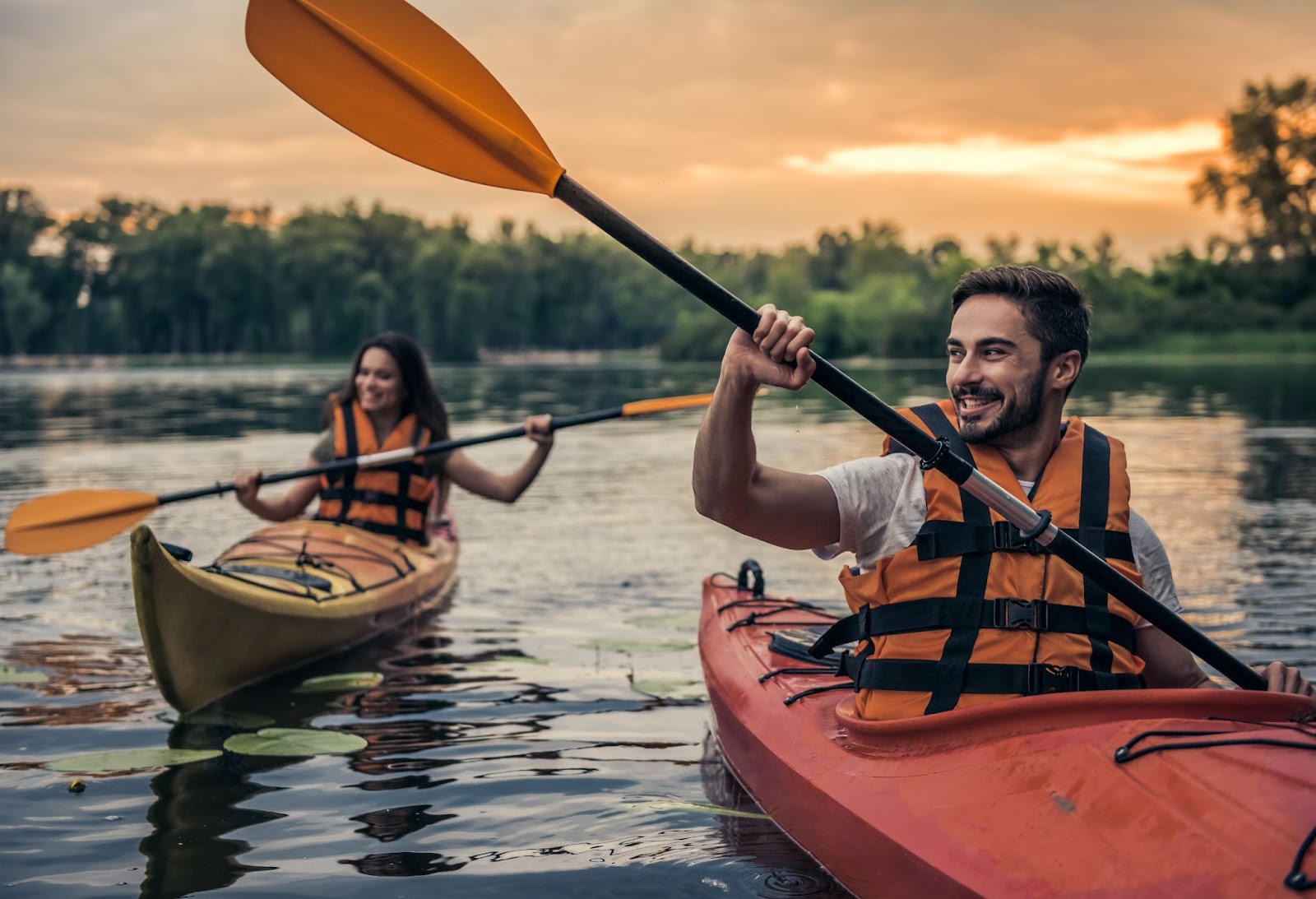 What captivates me, in particular, are the stories of inspirational people who have used kayaks to shape their lives.

There’s the amazing Darren Edwards who became paralysed in a climbing accident and then rehabilitated himself enough to be able to kayak 1,400km around Britain.

Or the outdoor adventurer Steve Backshall who navigated unknown rivers in Suriname and his cameraman kayaked backwards filming him in high-grade rapids not knowing what to expect next!

So from the early hunting experiences of the Eskimos to modern-day adventurers, kayaks have been part of many people’s lives in many different ways.

What is a Kayak?

First of all, let’s be clear. I appreciate that a lot of people don’t know what a kayak is and often confuse them with canoes.

For me, the easiest way to tell the difference is to look at the hull.

For a canoe, the paddler sits on a raised seat inside an open deck with their knees bent and feet close to them. They are often used for calm waters. 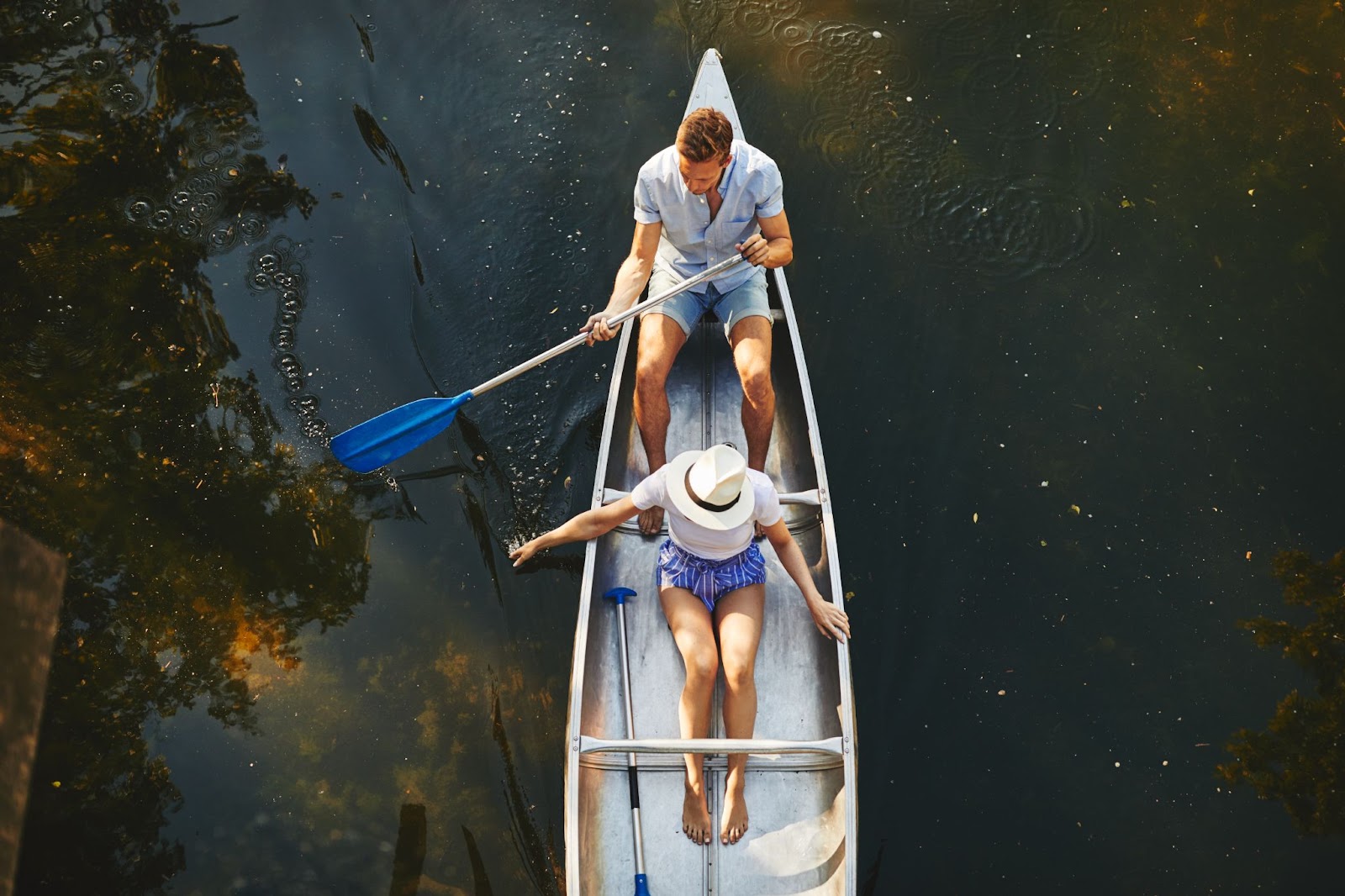 For a kayak, the paddler sits close to the bottom of the hull with their legs stretched forward. The deck is often covered and sealed so water can’t enter. Kayaks are suited to rougher waters and are able to capsize without water entering. 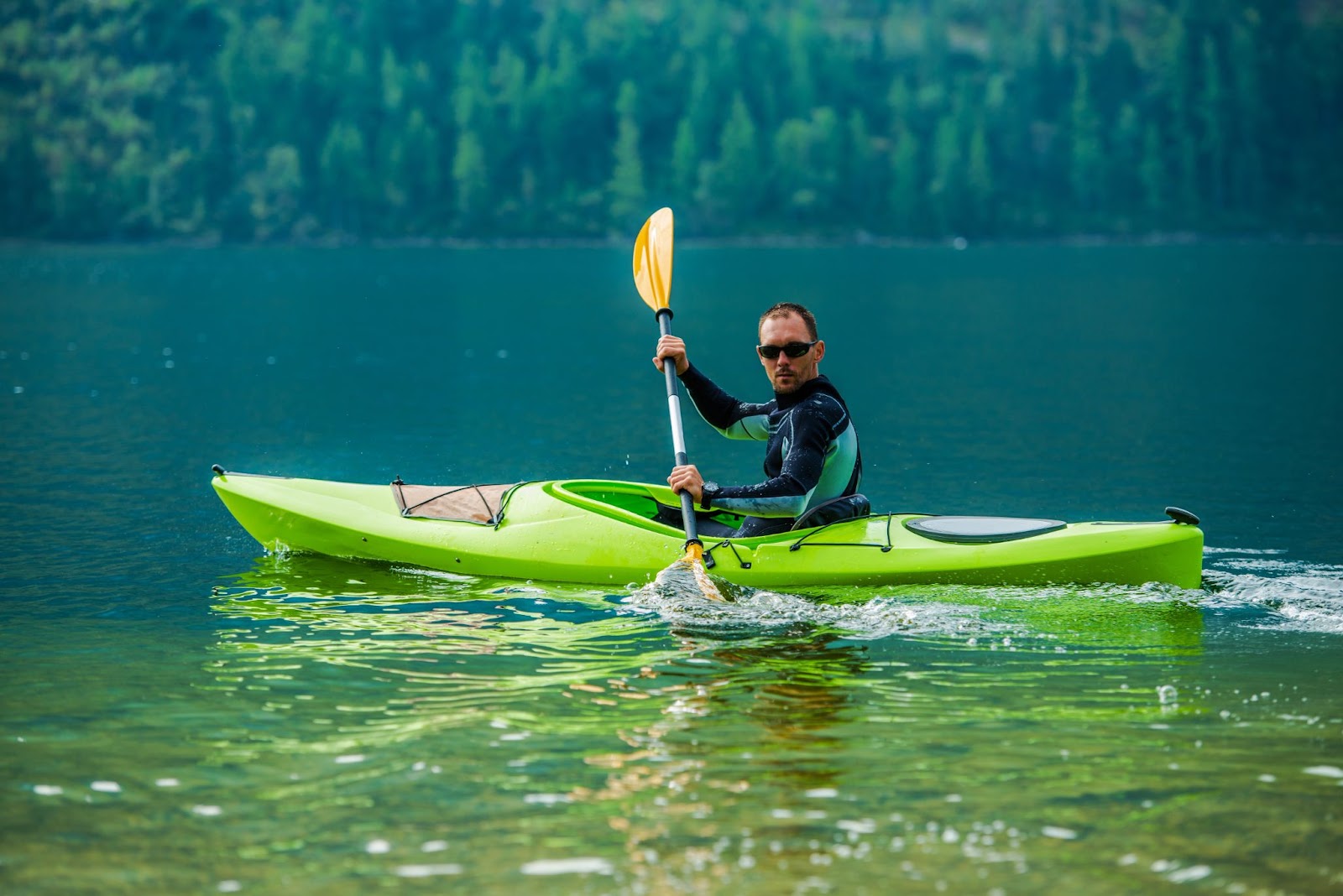 You might also see more leisure or beginner-suited versions of kayaks often referred to as “sit-on-top” kayaks where there is a moulded sitting space and the paddler is not sealed in. These have become very popular as they are light and more stable than a canoe for newbies. 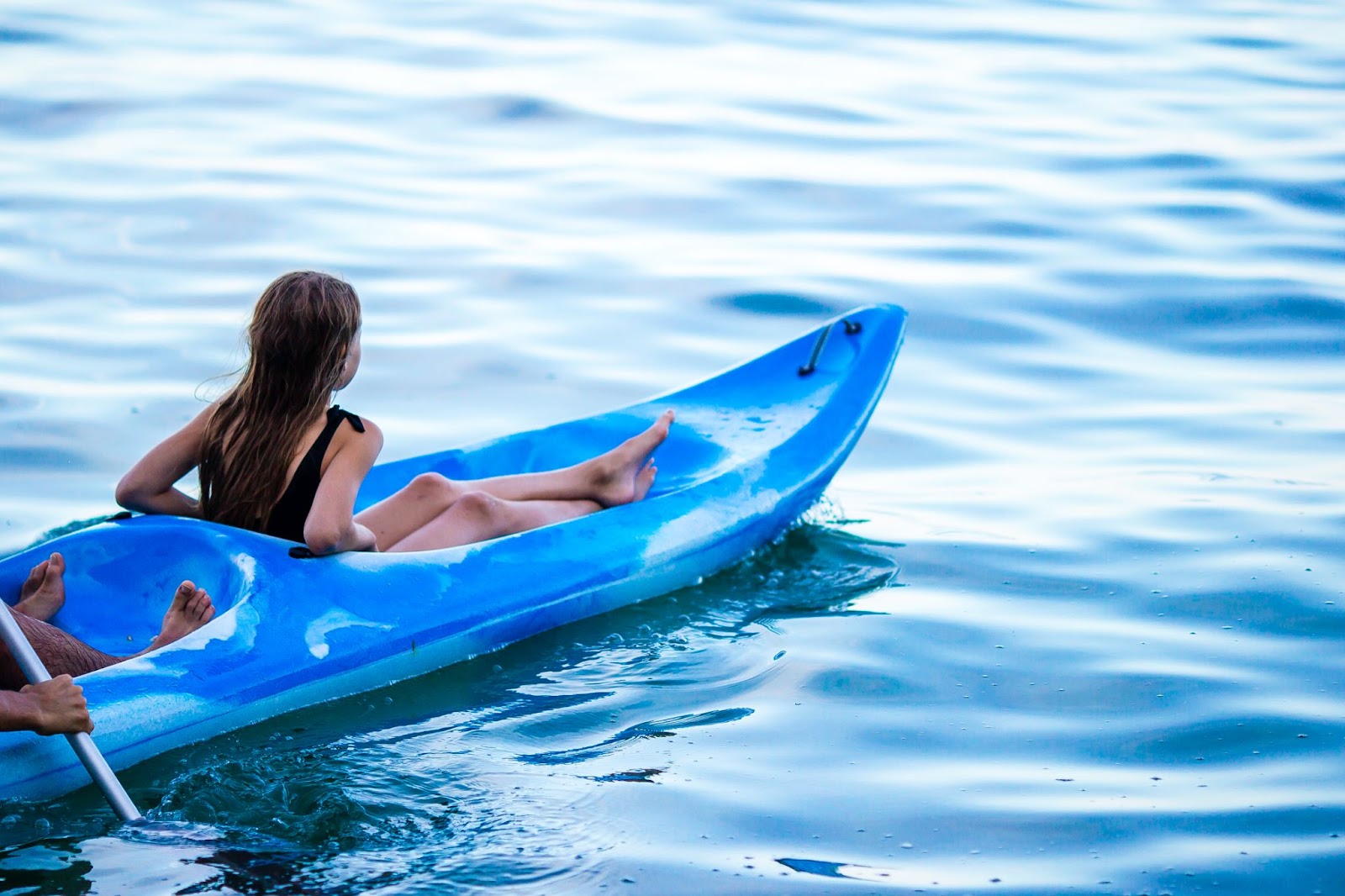 A Brief History Of Kayaks Through Time

Kayaks originated 4,500-5,000 years ago through necessity of the Eskimos/Inuit people.

They inhabited areas close to a lot of water and it was a much easier way to travel than often frozen or snow-covered land.

A lot of their only sources of food came from the water too, so the agile nature of their kayak creation was perfect for hunting. 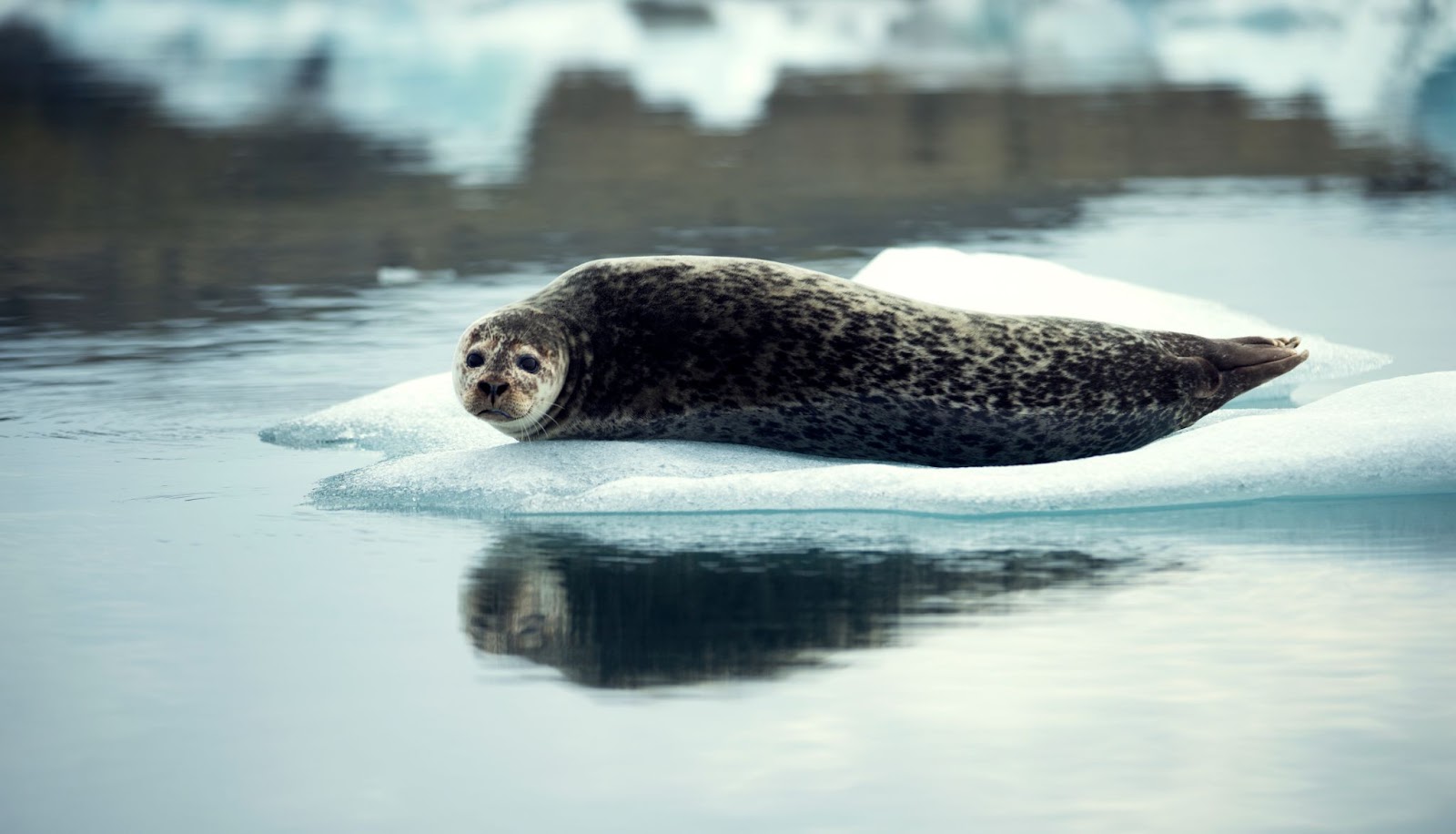 Kayaks were often used to sneak up on seals, walruses and whales. Just imagine that for a second!

As with a lot of technology, it often spreads to other tribes and groups of people. The same happened to kayaks. However, their use remained limited mostly to the Arctic regions for a few thousand years until the 18th century when Russian explorers reached modern day Alaska. They enslaved the local tribes, capturing their technologies including the kayak.

Later in the 19th century the name the stands out most with kayaking is John MacGregor.

This Scotsman made his own version of a kayak from wood, and although rather heavy at nearly 30kg, it took him around Europe and he wrote many books on his adventures.

MacGregor is also attributed to making both kayaking and canoeing popular as a sport in Europe in the mid 1800’s. Many call him the father of Kayaking.

It is said that in 1905, modern kayaking was born when a German student named Alfred Heurich designed the first folding kayak. His design was bought and marketed as the brand “Klepper” which is still around today. This was a step that made kayaking available to the masses.

Then in 1931 an Austrian named Adolf Anderle decided to undertake a risky and unheard of feat. He paddled a kayak down the dangerous rapids of the Salzachöfen Gorge in the Northern Limestone Alps of Salzburg. This is said to be the birthplace of modern-day white-water kayaking! Think how that must have felt – deciding to do something that had never been done before; something dangerous and exciting at the same time! 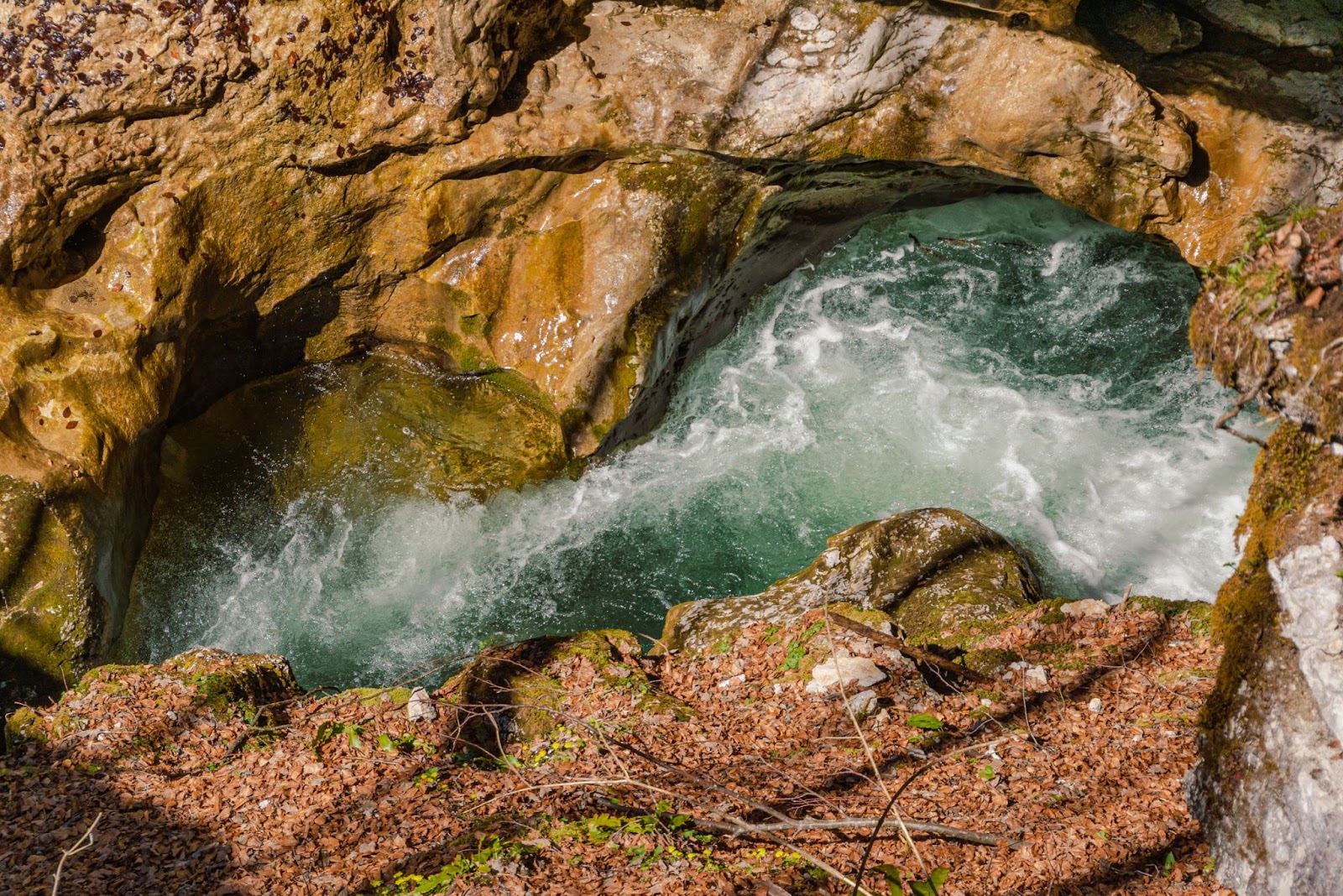 Kayak use then exploded over the years following.

People started experimenting with extreme feats like another German Oskar Speck who spent 7 years paddling all the way to Australia only to find that the war had broken out when he arrived and the Austrlians thought he was a spy.

Kayaking was included as a sport in the 1936 Berlin Olympic Games just before the war broke out.

During World War II, the British Cammando forces used kayaks to paddle covertly into enemy territory without being detected – the original benefits of kayaks being silent and deadly from 5,000 years ago lived on. 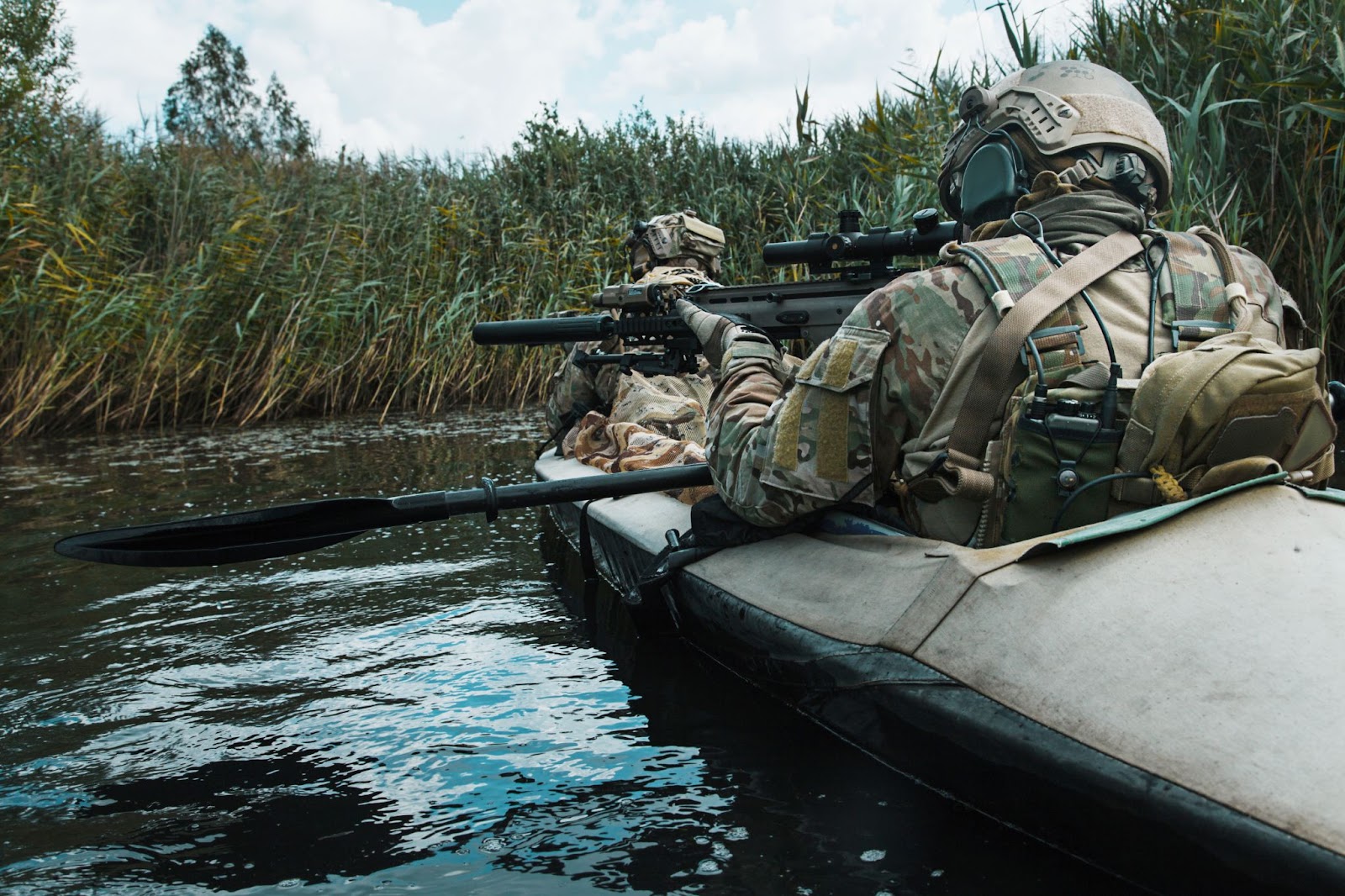 After the war and into the 1950s kayak popularity grew, and then with technological advances allowing cheap plastic, in the 1970s they became accessible to all.

The Evolution of Kayak Contruction

While kayak design has pretty much stayed the same, with changing technology the materials to make kayaks has changed a lot over their history. The more recent advances in technology probably helped their popularity grow.

Originally kayaks were made from wood or animal bones (usually whales). They had soft sides made from skins and everything was sealed using whale fat which is hydrophobic to water. 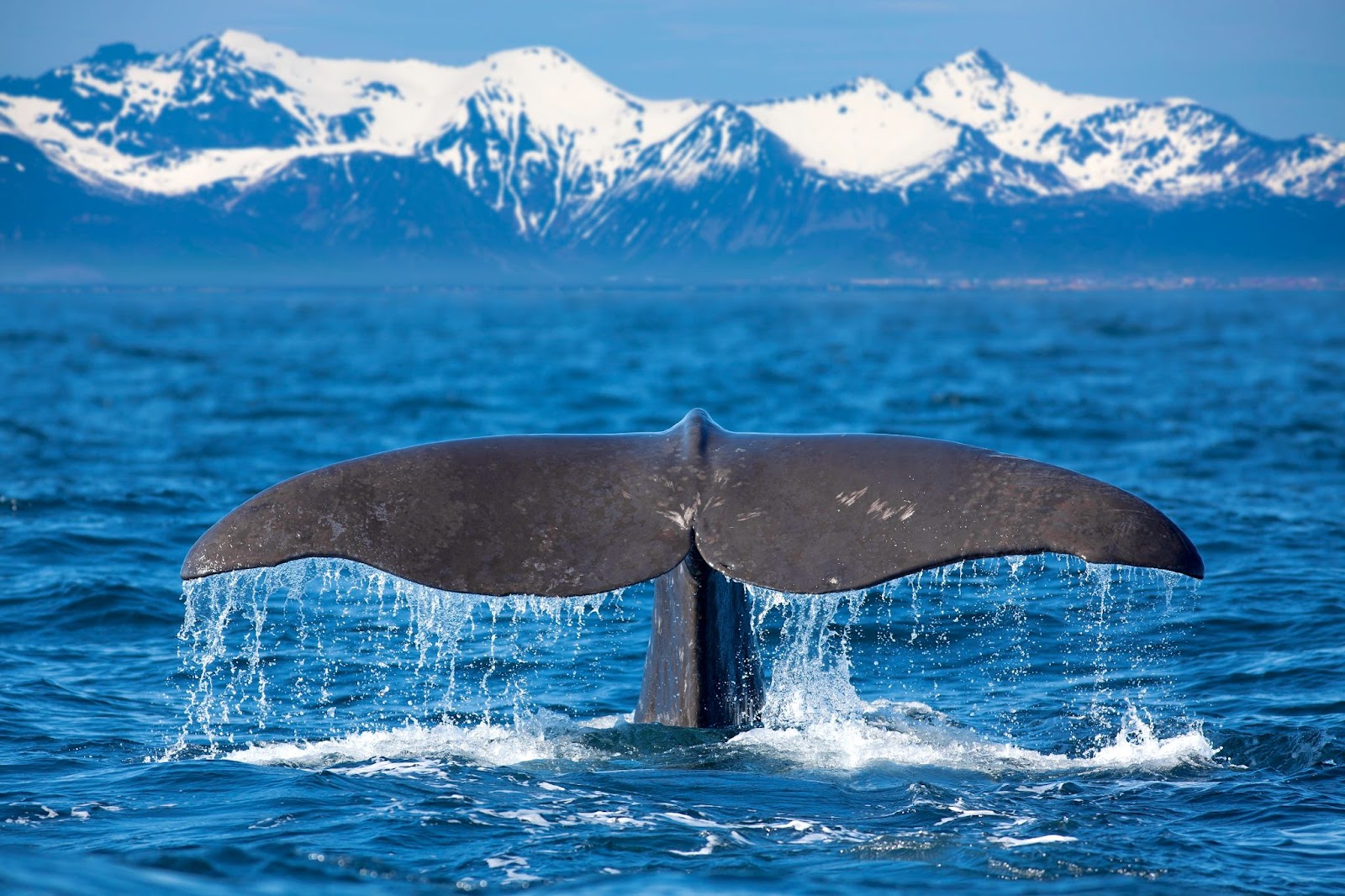 The materials for building kayaks didn’t change much until the 1900’s. The early kayaks from Alfred Heurich, Adolf Anderle and Oskar Speck were all still wood based with either cloth or later on, rubber stretched across them.

In the 1950’s the first fibreglass canoes appeared which were cheaper and stronger to produce than more traditional techniques.

Then in the 1980’s Polyethylene plastic took over due to being cheaper and very durable. 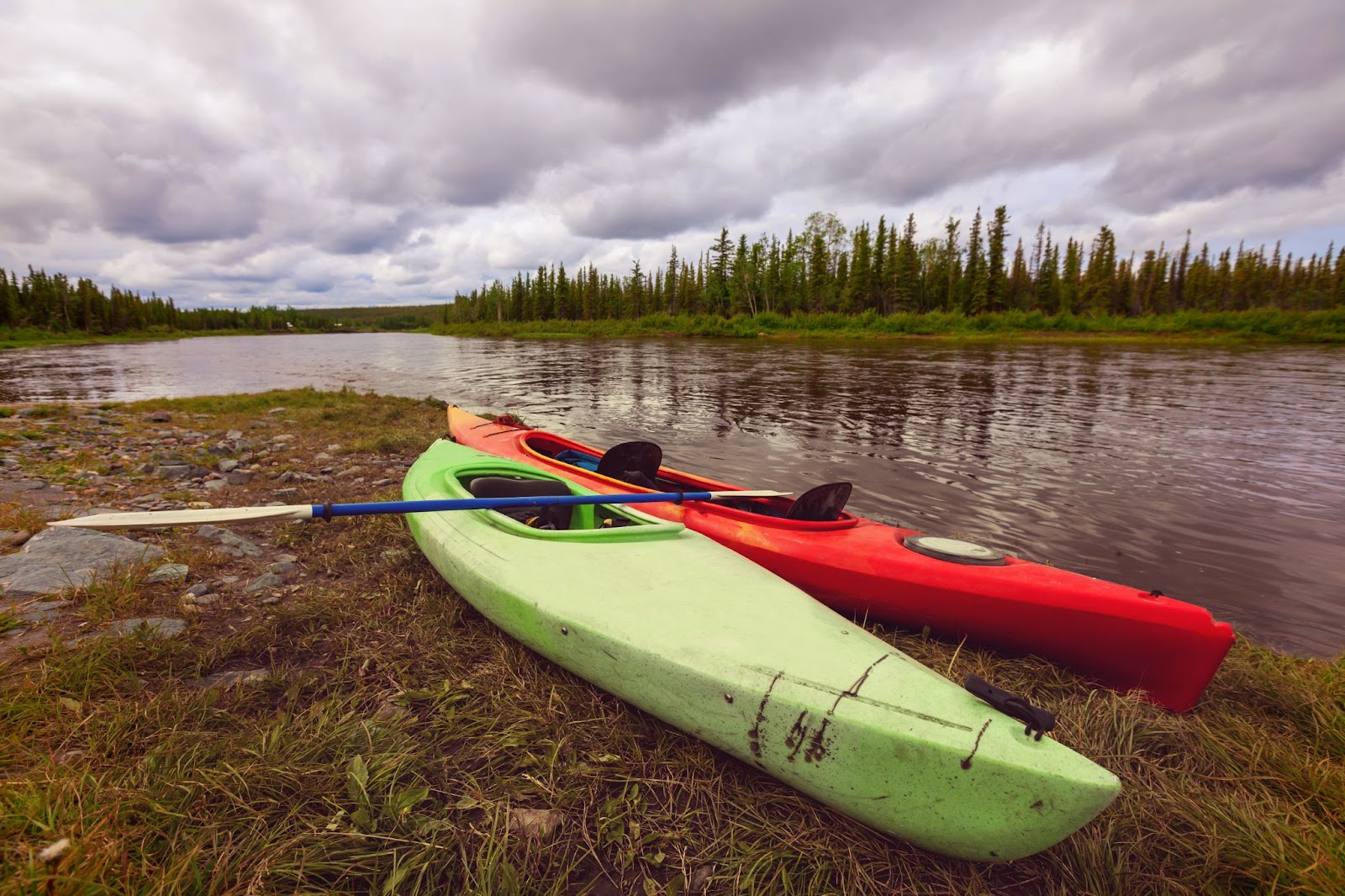 Today we have a mix of plastics like Polyethylene, but also feather-light kayaks made from carbon fiber and also PVC for inflatable ones too. All have their pros and cons and when you choose a kayak the cost and use will be important to consider when you choose the type you buy.

What Does Kayak Actually Mean?

In researching this article I found that no one actually knows the answer to this question.

There are debates over what the name actually means. It’s thought to originate from the Greenlandic word “qajaq”. However there are several ideas of what this word actually means including:

“Clothes to walk in the water”

So the kayak is one of the oldest boats known to man. It’s allowed people to hunt, win wars and have fun. The unique perspective you get from a kayak by being able to navigate to areas not accessible by land has meant that their use and popularity has remained. 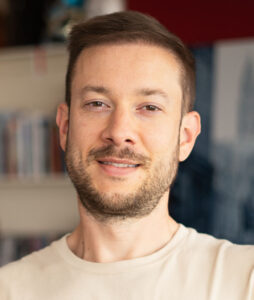 Harry Snell is an outdoor enthusiast who runs the site OutdoorsObsession.com 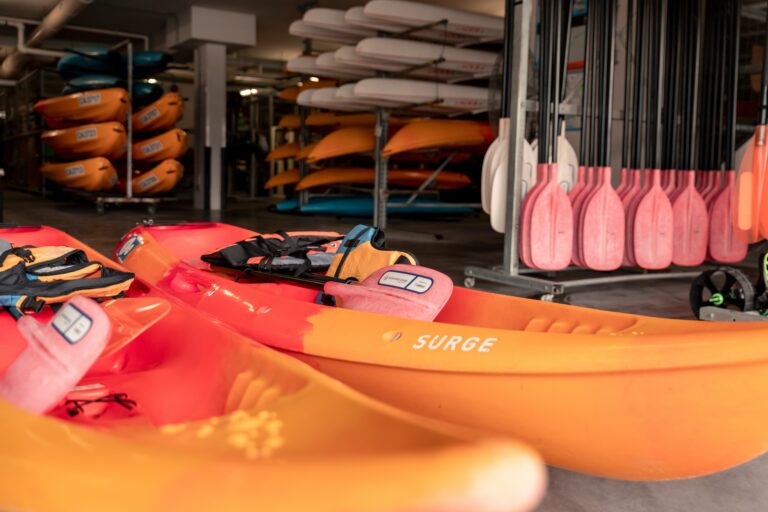 Kayaking is a great activity for everyone. It provides a good workout, it’s fun and it’s a great way to explore the world. With the best kayak accessories, you can make this fun pastime even better. 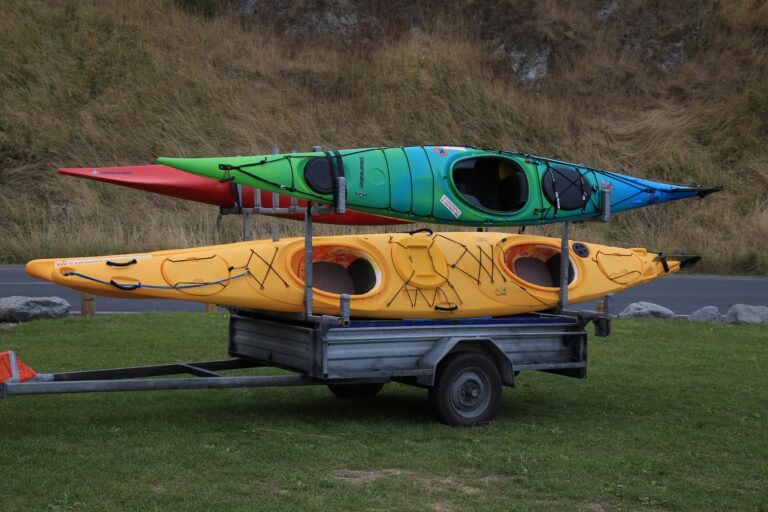 No matter which method you choose, it’s important to take precautions when transporting a kayak so that you can safely enjoy your adventure on the water. Always make sure that your kayak is properly secured 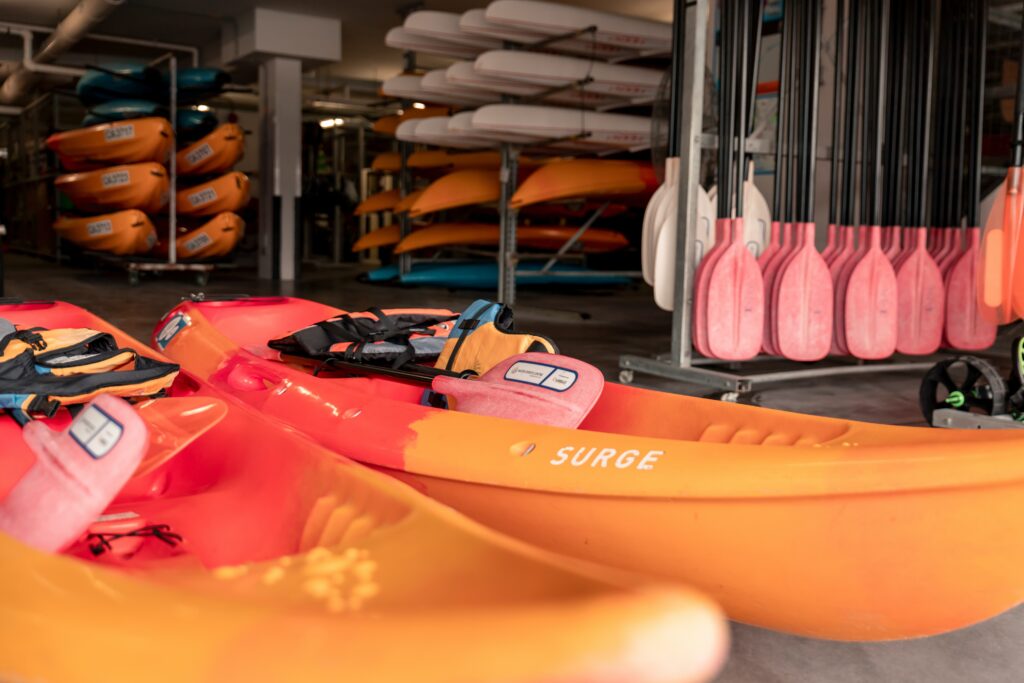 Kayaking is a great activity for everyone. It provides a good workout, it's fun and it's a great way to explore the world. With the best kayak accessories, you can make this fun pastime even better. 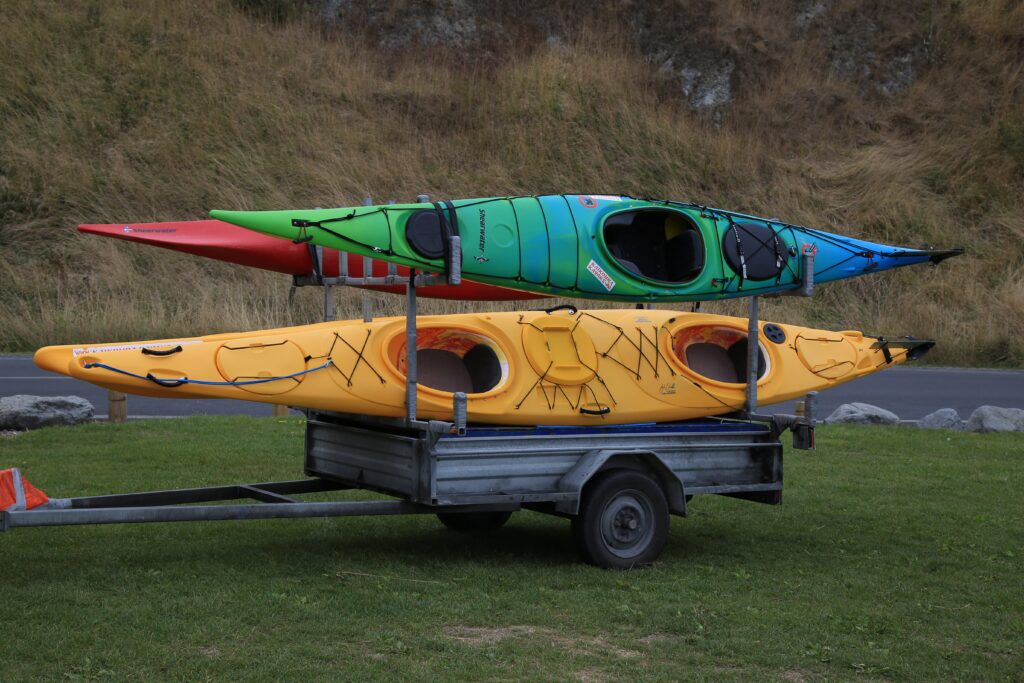 No matter which method you choose, it's important to take precautions when transporting a kayak so that you can safely enjoy your adventure on the water. Always make sure that your kayak is properly secured